When Racism Flares into Violence

"The United States is a racial earthquake waiting to shake. The country is full of racial "fault lines," some major, some minor. All it needs is an incident to detonate it. Come on, Christians. Get out of the cave!"

No, this is not my commentary on the recent events in Ferguson, MO. I wrote those words in 1992 after the controversial Rodney King verdict and rioting in Los Angeles. Sadly, 22 years later, much of it still rings true.

Read the full article, "Preparing for the Earthquake," on the blog of InterVarsity's Multiethnic Ministries. In the article, 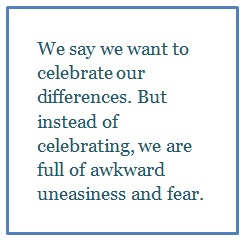 I highlight these steps toward being a positive influence for greater racial reconciliation:

Paul Tokunaga is InterVarsity’s vice-president for Strategic Ministries. This article was originally published in Student Leadership Journal, Fall 1992, when Paul was a regional director in the Southeast.

Much of the content currently on this site is for use by student leaders and InterVarsity staff.